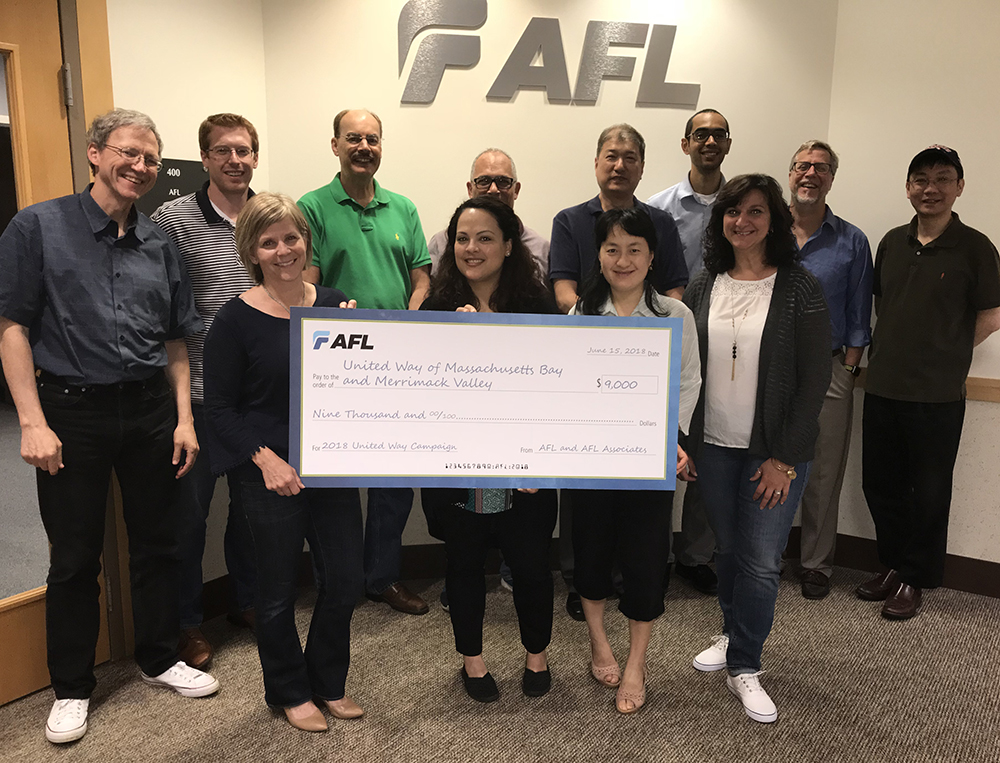 “Our local United Way organizations have first-hand knowledge of the greatest needs in our communities and are able to communicate that to our associates,” commented Séan Adam, general manager for AFL’s Test & Inspection Division. “Our associates responded to the need and increased our average gift per capita by 27 percent. They want to make a difference and it shows.”

About AFL
Founded in 1984, AFL is an international manufacturer providing end-to-end solutions to the energy, service provider, enterprise and industrial markets as well as several emerging markets. The company’s products are in use in over 130 countries and include fiber optic cable and hardware, transmission and substation accessories, outside plant equipment, connectivity, test and inspection equipment, fusion splicers and training. AFL also offers a wide variety of services supporting data center, enterprise, wireless and outside plant applications.

Headquartered in Spartanburg, SC, AFL has operations in the U.S., Mexico, Canada, Europe, Asia and Australia, and is a wholly-owned subsidiary of Fujikura Ltd. of Japan. For more information, visit www.AFLglobal.com.