The use of Alumoweld® core wire in ACSR conductors is commonly specified for highly corrosive environments such as coastal regions or areas prone to industrial pollution.  The high strength, good conductivity, superior corrosion resistance, and compatibility with solid aluminum wire make Alumoweld highly desirable as the reinforcing core material for ACSR and ACSS conductors.  AFL manufactures core wire for conductor manufacturers who then use that core wire as part of their cable composition when manufacturing the finished conductor product.  The requirement for the use of aluminum-clad steel wire generally begins with the utility who plans to utilize the finished conductor on an overhead transmission line.

Typically, conductors are comprised of a stranded "core" made up of 7 or 19 or 37 (sometimes even more) steel wires which act as the strength members of the cable.  Around that strong central core, multiple layers of aluminum alloy wires are stranded, the size and count of which are dependent upon amperage / conductivity needs of the utility.  Traditionally, the core members of most conductors are comprised of galvanized wires.  However, the downside to galvanized wires is that they do not withstand corrosive environments well.  Salty air or contaminants from industrial pollution can erode the outer zinc coating on galvanized products, thereby exposing the steel which will then begin to rust.  As the core of the ACSR is critical to the tensile loading capability of the conductor, the onset of rust degrades the core and thereby compromises the integrity of the entire cable creating a liability as well as a requirement to be replaced sooner than planned.

When Alumoweld cores are used in place of galvanized or aluminized steel cores, the permanent strength of the conductor is assured. Alumoweld core wires completely eliminate any possibility of a galvanic corrosive action taking place within the conductor. This type of corrosion will occur in some environments when galvanized steel and aluminum wires are in contact with each other.

Continuous exposure of combinations of Alumoweld and Alloy 1350 aluminum wires at test sites located in industrial, semi-industrial, and marine atmospheres has shown that they are completely compatible and that their resistance to corrosion is virtually identical. Accelerated laboratory tests, in which various types of corrosive conditions were simulated, also confirm that Alumoweld has a service life comparable to that of high-purity Alloy 1350 aluminum wires of the same diameter. Because of the compatibility and the similar corrosion resistance properties of Alumoweld and aluminum wires, ACSR/AW can be used safely in corrosive areas where ordinary ACSR may have a shortened service life.

The high purity of the protective cladding on Alumoweld also makes it far superior to aluminized steel. Further, its uniform cladding is four to five times thicker than the coating on aluminized wire.
In some instances, conductors may be greased to improve their corrosion resistance.
Greased cores, with their added weight, inherent construction difficulties, and tendency to collect dirt and contaminants, are no longer needed in corrosive areas when ACSR/AW with Alumoweld core is used.  The corrosion resistant properties are designed right into the core wire, eliminating all the nasty associations with greased cables.

Depending on the stranding configuration and conductor size, ACSR/AW weighs three- to six-percent less than its galvanized counterpart. This added benefit can be converted into savings in line design and construction costs.

Alumoweld's high tensile strength and thick pure aluminum cladding add value to your ACSR. The cladding is so thick that approximately 25 percent of the cross section of an Alumoweld wire is aluminum. This amount of additional aluminum added to the conductor increases its conductivity and ampacity all while significantly improveing protection against corrosive attack. Alumoweld has one-third the conductivity of an equally sized Alloy 1350 (EC grade) aluminum wire.  When an alumoweld core is used in lieu of a galvanized core, the result is a conductor with lower power losses. 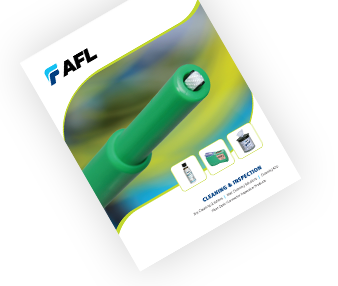